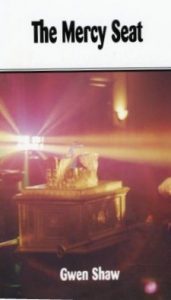 America, It’s Time To Run To The Mercy Seat!
If ever there has been a time when America needed the mercy of God, it is now! As a nation we have sinned and come short of the Glory of God. We have turned away from the Lord who brought our forefathers out from the nations where they suffered persecution for the Lord’s sake in their beloved home lands. Many had died as martyrs, more had been tortured, and multitudes had suffered beyond description. Our forefathers left their families and homes to follow the call of God, like Abraham long ago, to come to this new land. They sacrificed everything to leave, and even after their arrival many died of the cold, starvation, disease and by the hand of the natives.
But they covenanted with each other, and with God, that this new land of promise would be dedicated to the Lord God.
In time the Lord blessed us and multiplied us, and poured His grace out upon us until we became the most powerful nation in the world.