“Yeshua appeared to the Eleven as they were eating, and he reproached them for their lack of trust and their spiritual insensitivity … Then he said to them, “As you go throughout the world, proclaim the Good News to all creation. Whoever trusts (believes) and is immersed will be saved; whoever does not trust will be condemned. And these signs will accompany those who do trust (believe): in my name they will drive out demons, speak with new tongues, not be injured if they handle snakes or drink poison, and heal the sick by laying hands on them.” (Mark 16: 14-18)

“Here is what (the Tanakh) says: the Messiah is to suffer and to rise from the dead on the third day; and in his name repentance leading to forgiveness of sins is to be proclaimed to people from all nations, starting with Yerushalayim (Jerusalem). You are witnesses of these things. Now I am sending forth upon you what My Father promised, so stay here in the city until you have been equipped with power from above.” (Luke 24:46-49)

At one of these gatherings, he instructed them not to leave Yerushalayim but to wait for “what the Father promised, which you heard about from me. For Yochanan (John) used to immerse people in water; but in a few days, you will be immersed in the Ruach HaKodesh! (Holy Spirit)” (Acts 1:4-5)

The final days of instruction are very important. I wanted My disciples to know that I was passing the torch of My ministry on to them. They needed to be endued with the same power of the Holy Spirit that had equipped Me to do the miracles which I did (Acts 10:38).

I promised them that when they would be filled with the Holy Spirit they would be able to do signs and wonders and miracles in My name. I had promised them this earlier, in the Upper Room on the night before I was crucified (John 14:12-13). Again I commissioned them to preach the Gospel in the nations of the world — just as I had commissioned them in Galilee earlier.

On the last time that we were together, before My ascension, they asked me, “Lord are you at this time going to restore self-rule to Israel?” (Acts 1:6.) I knew that this had been their greatest desire all along. So many wait and long for the day when they hope to be given positions of power and authority in My Kingdom. They desire it even more than to bask in the presence of the Father in the Holy of Holies. No positions of power will be given to those who desire power more than the Presence of God.

I answered the one who asked Me that question, “You don’t need to know the dates or the times; the Father has kept these under his own authority. But you will receive power when the Ruach HaKodesh (Holy Spirit) comes upon you; you will be my witnesses both in Yerushalayim and in all Y’hudah (Judah) and Shomron (Samaria), indeed to the ends of the earth!” (Acts 1:7)

The power that some of them desired to have and the power of the Ruach HaKodesh were two distinctly different kinds of power. One was power to rule over men; but the higher power — which I promised them — was to rule over evil spirits, principalities and powers and spiritual wickedness in high places. Without this power, the other power would be of no value, for it would only be temporary. The power which I have promised My followers can only come from God through the Holy Spirit. It is a Gift from God. It was only to be obtained as the Holy Spirit lived in the life of the one who was totally dedicated and yielded to the will of God.

This power (of the Holy Spirit operating through their lives) was essential to each one of them, for it would enable them to be My witnesses — even unto martyrdom.

It is easy for My people to forget that I ruled from the cross; and the only way that they can rule over the Kingdom of Darkness is to rule from the cross. If they refuse to accept the cross in their lives, they will never obtain the position of authority which they covet.

From the Heart of Jesus by Gwen Shaw
Available from our webstore: 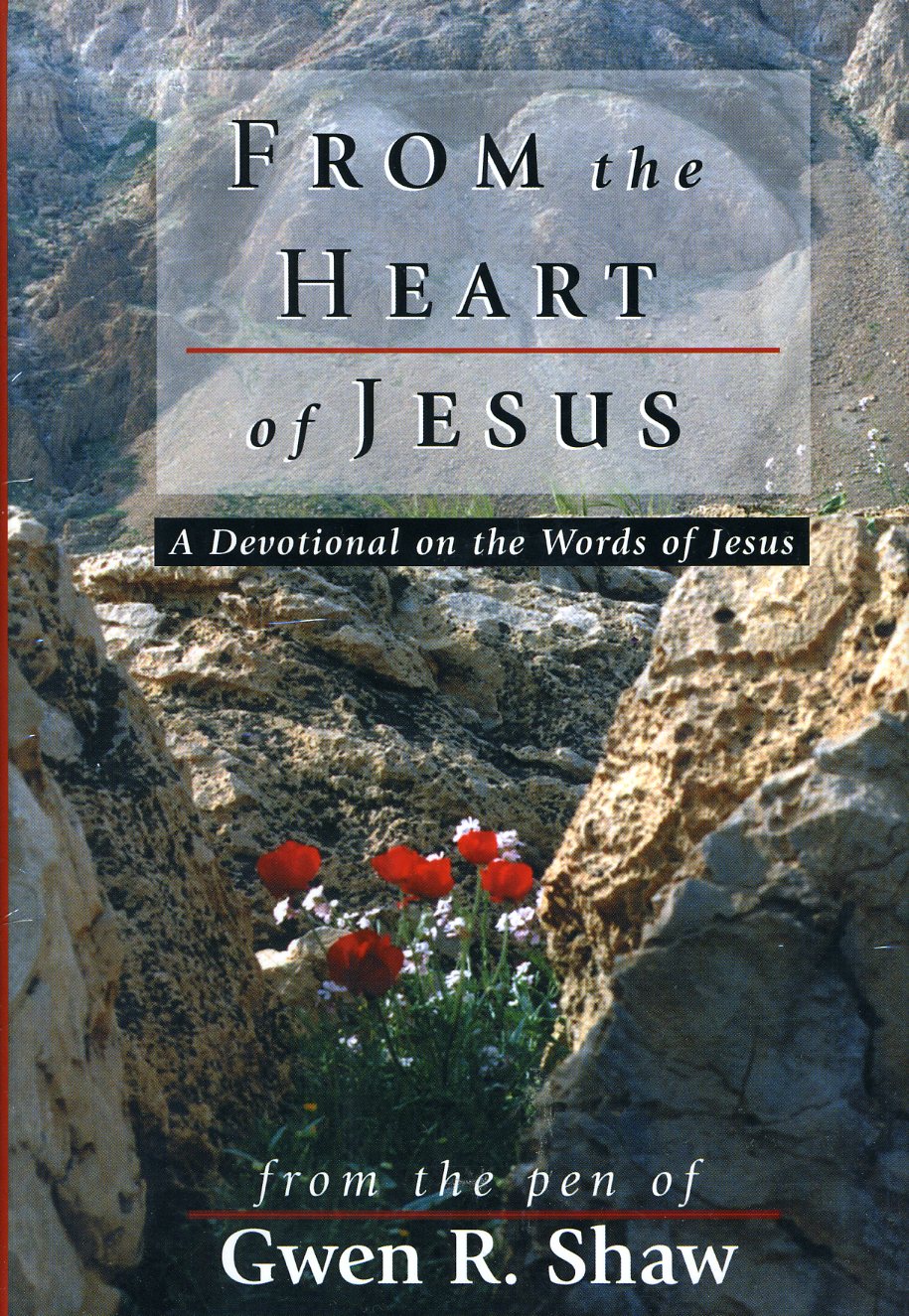